From Wikipedia, the free encyclopedia
Jump to: navigation, search
"Etymologies" redirects here. For the literary works by Isidore of Seville and J. R. R. Tolkien, see Etymologiae and The Etymologies (Tolkien) respectively.
Not to be confused with Entomology, the scientific study of insects, or Etiology, the study of causation or origination.

Supposed evolution of the word "mother"

Etymology is the study of the history of words, their origins, and how their form and meaning have changed over time.

For languages with a long written history, etymologists make use of texts in these languages and texts about the languages to gather knowledge about how words were used during earlier periods of their history and when they entered the languages in question. Etymologists also apply the methods of comparative linguistics to reconstruct information about languages that are too old for any direct information to be available. By analyzing related languages with a technique known as the comparative method, linguists can make inferences about their shared parent language and its vocabulary. In this way, word roots have been found that can be traced all the way back to the origin of, for instance, the Indo-European language family.

The word "etymology" (/ɛtɨˈmɒlədʒi/) derives from Greek ἐτυμολογία (etumologíā); from ἔτυμον (étumon), meaning "true sense", and -λογία (-logía), meaning "study"; from λόγος (lógos), meaning "speech, account, reason."[1] The Greek poet Pindar (born in approximately 522 BCE) employed creative etymologies to flatter his patrons. Plutarch employed etymologies insecurely based on fancied resemblances in sounds. Isidore of Seville's Etymologiae was an encyclopedic tracing of "first things" that remained uncritically in use in Europe until the sixteenth century. Etymologicum genuinum is a grammatical encyclopedia edited at Constantinople in the ninth century, one of several similar Byzantine works. The fourteenth-century Legenda Aurea begins each vita of a saint with a fanciful excursus in the form of an etymology.

Etymologists apply a number of methods to study the origins of words, some of which are:

Etymological theory recognizes that words originate through a limited number of basic mechanisms, the most important of which are borrowing (i.e., the adoption of "loanwords" from other languages); word formation such as derivation and compounding; and onomatopoeia and sound symbolism, (i.e., the creation of imitative words such as "click").

While the origin of newly emerged words is often more or less transparent, it tends to become obscured through time due to sound change or semantic change. Due to sound change, it is not readily obvious that the English word set is related to the word sit (the former is originally a causative formation of the latter). It is even less obvious that bless is related to blood (the former was originally a derivative with the meaning "to mark with blood"). Semantic change may also occur. For example, the English word bead originally meant "prayer". It acquired its modern meaning through the practice of counting the recitation of prayers by using beads.

English derives from Old English (sometimes referred to as Anglo-Saxon), a West Germanic variety, although its current vocabulary includes words from many languages. The Old English roots may be seen in the similarity of numbers in English and German, particularly seven/sieben, eight/acht, nine/neun, and ten/zehn. Pronouns are also cognate: I/mine/me ich/mein/mich; thou/thine/thee and du/dein/dich; we/wir us/uns; she/sie. However, language change has eroded many grammatical elements, such as the noun case system, which is greatly simplified in modern English, and certain elements of vocabulary, some of which are borrowed from French. Although more than half of the words in English come from either the French language or have a French cognate, most of the common words used in English are of Germanic origin. For an example of the etymology of an English irregular verb of Germanic origin, see the etymology of the word go. Days of the week are derived from old Norse: Monday [Moondæg] Tuesday [Twiesdæg] Wednesday [Wodensdæg] Thursday [Thorsdæg] Friday [Friedæg] Saturday [Saternesdæg] Sunday [Sunnandæg]

When the Normans conquered England in 1066 (see Norman Conquest), they brought their Norman language with them. During the Anglo-Norman period, which united insular and continental territories, the ruling class spoke Anglo-Norman, while the peasants spoke the vernacular English of the time, as well as the native Celtic languages. Anglo-Norman was the conduit for the introduction of French into England, aided by the circulation of Langue d'oïl literature from France. This led to many paired words of French and English origin. For example, beef is related, through borrowing, to modern French bœuf, veal to veau, pork to porc, and poultry to poulet. All these words, French and English, refer to the meat rather than to the animal. Words that refer to farm animals, on the other hand, tend to be cognates of words in other Germanic languages. For example swine/Schwein, cow/Kuh, calf/Kalb, and sheep/Schaf. The variant usage has been explained by the proposition that it was the Norman rulers who mostly ate meat (an expensive commodity) and the Anglo-Saxons who farmed the animals. This explanation has passed into common folklore but has been disputed.

English words of more than two syllables are likely to come from French, often with modified terminations. For example, the French words for syllable, modified, terminations, and example are syllabe, modifié, terminaisons, and exemple. In many cases, the English form of a word is more conservative (i.e., has changed less) than the French form. Polysyllabic words in English also carry connotations of higher education or politeness.

The search for meaningful origins for familiar or strange words is far older than the modern understanding of linguistic evolution and the relationships of languages, which began no earlier than the 18th century. From Antiquity through the 17th century, from Pāṇini to Pindar to Sir Thomas Browne, etymology had been a form of witty wordplay, in which the supposed origins of words were changed to satisfy contemporary requirements.

These linguists were not the earliest Sanskrit grammarians, however. They followed a line of ancient grammarians of Sanskrit who lived several centuries earlier. The earliest of attested etymologies can be found in Vedic literature in the philosophical explanations of the Brahmanas, Aranyakas, and Upanishads.

The analyses of Sanskrit grammar done by the previously mentioned linguists involved extensive studies on the etymology (called Nirukta or Vyutpatti in Sanskrit) of Sanskrit words, because the ancient Indo-Aryans considered sound and speech itself to be sacred and, for them, the words of the sacred Vedas contained deep encoding of the mysteries of the soul and God.

One of the earliest philosophical texts of the Classical Greek period to address etymology was the Socratic dialogue Cratylus (c. 360 BCE) by Plato. During much of the dialogue, Socrates makes guesses as to the origins of many words, including the names of the gods. In his Odes Pindar spins complimentary etymologies to flatter his patrons. Plutarch (Life of Numa Pompilius) spins an etymology for pontifex ("bridge-builder"):

the priests, called Pontifices.... have the name of Pontifices from potens, powerful, because they attend the service of the gods, who have power and command over all. Others make the word refer to exceptions of impossible cases; the priests were to perform all the duties possible to them; if any thing lay beyond their power, the exception was not to be cavilled at. The most common opinion is the most absurd, which derives this word from pons, and assigns the priests the title of bridge-makers. The sacrifices performed on the bridge were amongst the most sacred and ancient, and the keeping and repairing of the bridge attached, like any other public sacred office, to the priesthood.

Isidore of Seville compiled a volume of etymologies to illuminate the triumph of religion. Each saint's legend in Jacob de Voragine's Legenda Aurea begins with an etymological discourse on the saint's name:

Lucy is said of light, and light is beauty in beholding, after that S. Ambrose saith: The nature of light is such, she is gracious in beholding, she spreadeth over all without lying down, she passeth in going right without crooking by right long line; and it is without dilation of tarrying, and therefore it is showed the blessed Lucy hath beauty of virginity without any corruption; essence of charity without disordinate love; rightful going and devotion to God, without squaring out of the way; right long line by continual work without negligence of slothful tarrying. In Lucy is said, the way of light.[2].

Etymology in the modern sense emerged in the late 18th century European academia, within the context of the wider "Age of Enlightenment," although preceded by 17th century pioneers such as Marcus Zuerius van Boxhorn, Vossius, Stephen Skinner, Elisha Coles, and William Wotton. The first known systematic attempt to prove the relationship between two languages on the basis of similarity of grammar and lexicon was made in 1770 by the Hungarian, János Sajnovics, when he attempted to demonstrate the relationship between Sami and Hungarian (work that was later extended to the whole Finno-Ugric language family in 1799 by his fellow countryman, Samuel Gyarmathi).[3] The origin of modern historical linguistics is often traced back to Sir William Jones, an English philologist living in India, who in 1782 observed the genetic relationship between Sanskrit, Greek and Latin. Jones published his The Sanscrit Language in 1786, laying the foundation for the field of Indo-European linguistics.

The study of etymology in Germanic philology was introduced by Rasmus Christian Rask in the early 19th century and elevated to a high standard with the German Dictionary of the Brothers Grimm. The successes of the comparative approach culminated in the Neogrammarian school of the late 19th century. Still in the 19th century, the philosopher Friedrich Nietzsche used etymological strategies (principally and most famously in On the Genealogy of Morals, but also elsewhere) to argue that moral values have definite historical (specifically, cultural) origins where modulations in meaning regarding certain concepts (such as "good" and "evil") show how these ideas had changed over time—according to which value-system appropriated them. This strategy gained popularity in the 20th century, and philosophers, such as Jacques Derrida, have used etymologies to indicate former meanings of words to de-center the "violent hierarchies" of Western metaphysics.

[edit] Other languages and language families 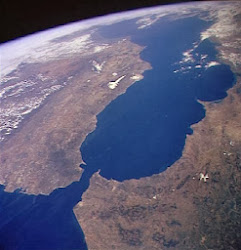 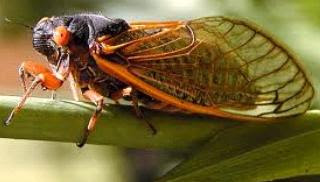 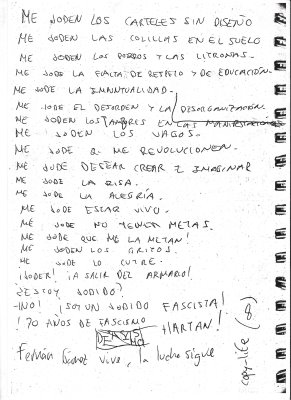 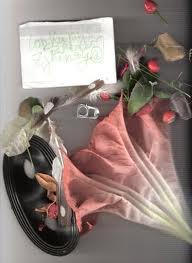 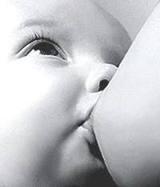